Throughout those years, the Jesuits and lay faculty have emphasized Christian values and rigorous study habits. This education was not limited to just classroom and chapel. Marquette High has sought to graduate the 'total person.' For those who remember their Latin, 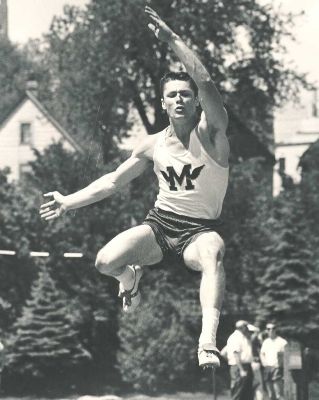 As a direct result of making athletics a vital component of its educational program, Marquette High has developed many outstanding athletes in a variety of sports. Further, as a part of its commitment to excellence in athletics, Marquette High has relied on the talents of coaches and athletic directors, who have been instrumental in the school's successful athletic program.

In order to preserve the athletic accomplishments of both teams and individual athletes, a group of alumni, coaches, friends and faculty founded the Athletic Hall of Fame in the spring of 1992 as a special tribute to those who have made contributions to the winning tradition of the Marquette "Hilltoppers."

Candidates for selection to the Hall of Fame shall be proposed by the alumni, students and friends of Marquette University High School. Nominations can be submitted through the Athletic Hall of Fame Nomination Form.

The selection committee will accept recommendations of Marquette High graduates who have excelled in one or more sports, and who have distinguished themselves and the school in their athletic endeavors while a student at Marquette High. The committee will also entertain recommendations of others to be recognized for outstanding services to the Hilltopper program. This category will include athletic directors, coaches, trainers and managers, as well as others whom the committee may approve.

The final selection of the inductees will rest with the committee which will review the proposed candidates and others the committee members might recommend on a two-year basis.